Sport at the Alvey

During lockdown we asked parents to send in a photo, any sporting photo and their child's house/colour to see who could send in the most photos. Take a look at what we have so far... 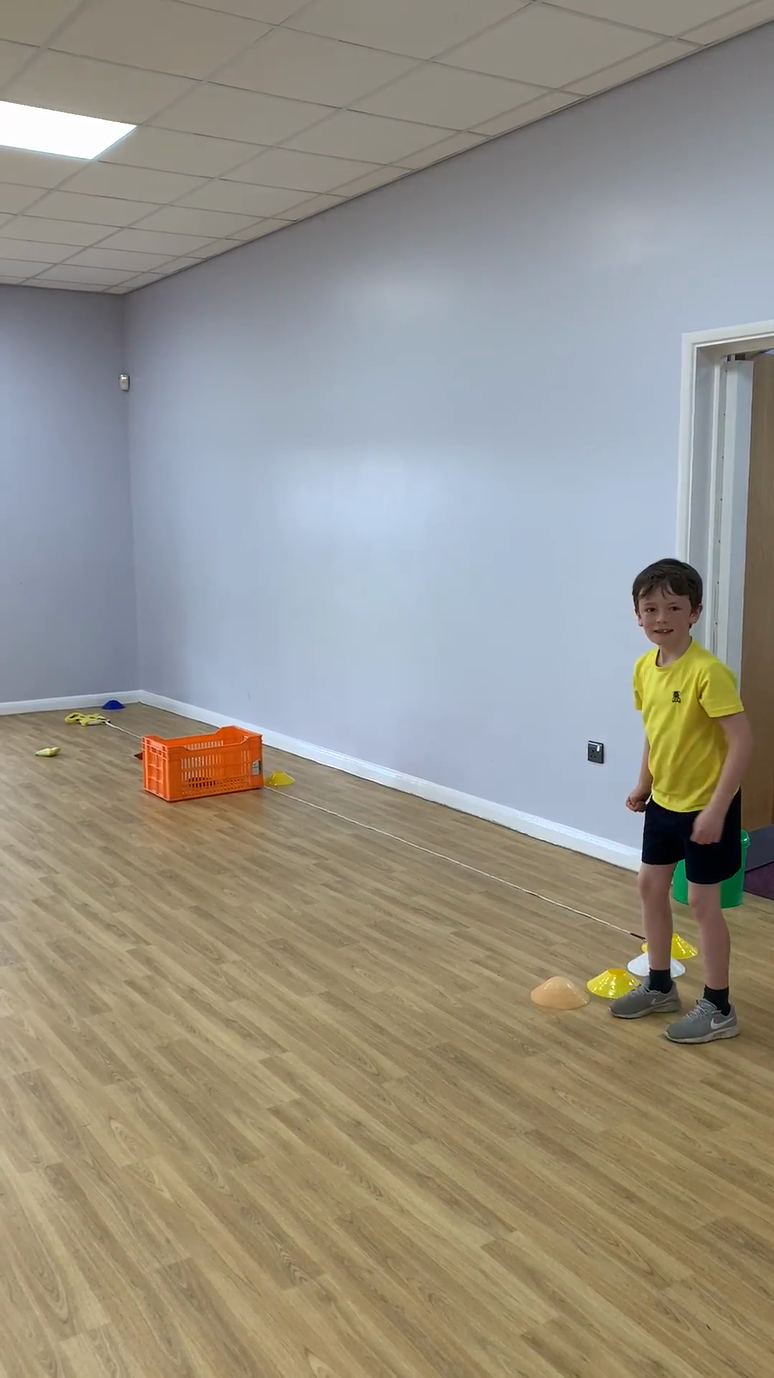 Some of our key worker children were keeping active today. They all attempted the Lincolnshire School Games Virtual Pentathlon competition. Thanks to Shannon and Matt Evans for supporting the children and keeping them active!

What an effort...Grace and Noah took part in the ‘race at your pace’ cycling challenge- cycle 50 miles in April. Today, they completed and indeed exceeded their target - 52 miles in 9 days. Mr Saunders wonders if they can do 100 miles? They will get a medal sent through the post at the end of the month. Well done you two.

The Sleaford Striders' new membership season starts on the 1st April and they will be actively seeking new members from 6-16 yrs. If any pupils/parkrunners would like to have a free trial session then you can contact the club below:

Dynamos Cricket provides a fantastic next step for all those graduating from All Stars Cricket and the perfect introduction for all 8-11 year-olds new to the sport! Visit the website below to find out about Sleaford Dynamos.

On Friday (10.01.20), we took part in the Sleaford and District Football Tournament organised by @CGSOutreach and got to the final, we actually lost 3-0 :( well played Cranwell; before the game started, however, the referee organised a penalty shootout and would have used the result should the game have ended in a draw. I liked the idea:

1 Less pressure on a child (until a skill is truly embedded, external pressure doesn't help learning)
2 Practice for the future (not many finals end in penalties-Gareth Southgate might have benefited in '96)
3 Chance to make amends in the match if you miss
4 Losing team won't be playing for a draw

Sleaford Boston Road Rec Parkrun- The first of many I hope!

Boston Road Rec-Junior Parkrun. We bought the Parkrun shed, the finishing bell, the results tablet and attended the Test Run on Wednesday 4.12.19. We love the Parkrun.

Top of the local league this afternoon. Well done. Thank you Rauceby for hosting and @CGSOutreach for organising, thank you Mr Kirkman for coaching, Miss Hickingbotham for transport and thank you Mrs Duncan for the biscuit!

These are routines 1, 2 and 3. 1 is easier than 2 and so on.  See if you can copy the routine that you think is most appropriate and then show Mr Westerman, he might record you and enter you into the competition.

This shed, somewhere in Sleaford, looks like it would be just the right size to store markers and cones if Sleaford were ever to have a free junior 2 km run on a Sunday morning.

Exciting Sports News: Mr Westerman has just confirmed that with the hard work of Matt Evans and Emma Hudson @CGSOutreach alongside the enthusiasm of all our staff and the energy of the children, we have just been awarded the platinum school games mark. Congratulations.

This coming Friday morning (21.6.19), Carre's Outreach are organising the Sleaford and District Primary Schools' Cross-Country at the Rec on Boston Road. We are hoping it will soon turn into a regular Sunday Junior Parkrun.

Football Champions. Mr Ernest Pearson joined the staff of the Boys' School in 1930, and under his training the football team won every match in the 1931-32 season, winning the Sleaford and District Schools' League Final on Saturday, 18 April, 1932. The school was given a cup, and each member of the team received a silver medal from Mr W Phipps, the Chief Education Officer for Kesteven County Council.

Swimming at The Alvey. Peter Thornton notes that as part of their PE timetable in the early 1920's, the children often went swimming in the open air pool, summer and winter. This is a photo in the reception area of Sleaford Leisure Centre. Do you think it could be Alvey staff teaching the children?

Netball friendly with Church Lane this afternoon (May 21st 2019)

First archery competition of the year May 2019

Cricket Festival in the rain May 2019

This Easter (April 2019) we had an Olympian outside our school.

Our Year 3 and 4 Teams taking part in the Change4Life Festival this afternoon 25.1.19

Goalball this morning with Miss Hickingbotham

On Friday, our Y6 volleyballers won their section of the volleyball tournament. Congratulations. 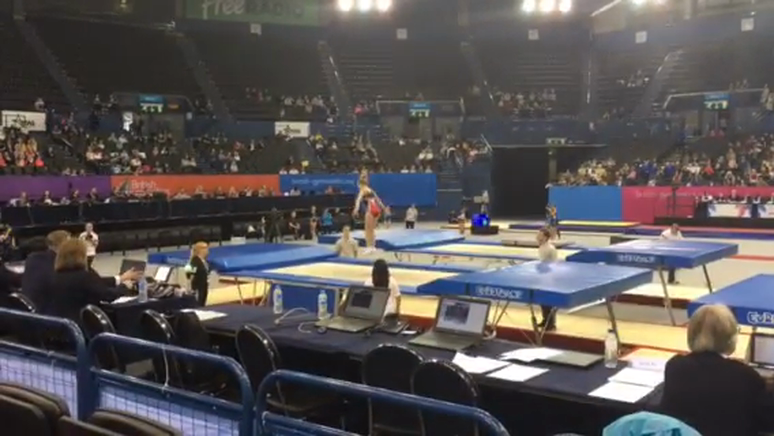 Rachel finished in the top 10 in this weekend's trampolining championship.

County Finals School Games (County Finals). Our tennis team finished 4th. Matilda didn't lose a match throughout the two qualifying competitions & the final today. Our athletics team are the fifth best in Lincolnshire & were awarded the 'values-sporting' trophy. Very proud of all the children.

Congratulations to our Hockey Team who won the qualifier at William Alvey this morning.

Well done to our Change4Life Team who took part in an activity session at Nocton on Thursday.

Congratulations to our school swimming team. The Y3/4 and Y5/6 won the Sleaford Large School's Swimming Aquasplash last Friday and will now represent the area at the County Championships later on this month! Well done to you all!

Mr Almond's Leaving Gift. A sports polo-shirt for every member of staff. Thank you.

Top of the League (Handball) September 2017

Two weeks ago we qualified for the finals. Now look what we've gone and done:

Well done to all of today's hockey teams!

Well done to our hockey team and Mrs Reynolds, who qualified for the finals of the hockey tournament today. March 2017.

Our dance troupe won the area dance competition on Wednesday evening (8.2.17) at the Girls' High. The children were amazing. You can watch their performance on the Carre's Outreach Facebook page. Well done children and great work from Mrs Savage (third win in a row).

On Friday (3.2.17) our Goalball Team made it to the final of the Sleaford and District Goalball Tournament. Well done Ellie, Rosie and Freddie.

Thomas competed in the Central League Cyclocross Under 8 race at Corby on 15.1.17 and came 1st out of around 10 riders. The Wheelers club dinner is in a couple of weeks and Thomas is being presented with the Under 8 Cyclocross medal for the club.

Runners Up and a place in the county netball finals. Joel also won the honesty award 7.12.16

On Friday (18.11.16) afternoon Mr Westerman and Mrs Purchase coached our netball team into the finals of the Sleaford and District Cup which will be held later this year. Well done netballers.

Our Year 6 'Sport and Healthy Living' Group took part in a skipping workshop then performed to the rest of the school.

Festival Friday! This week, Summer and Jamie (Y4) enjoyed a day of learning how to sail!